Home / Property Market Insights / 5 Facts: Why You Should Invest in Spanish Property Now 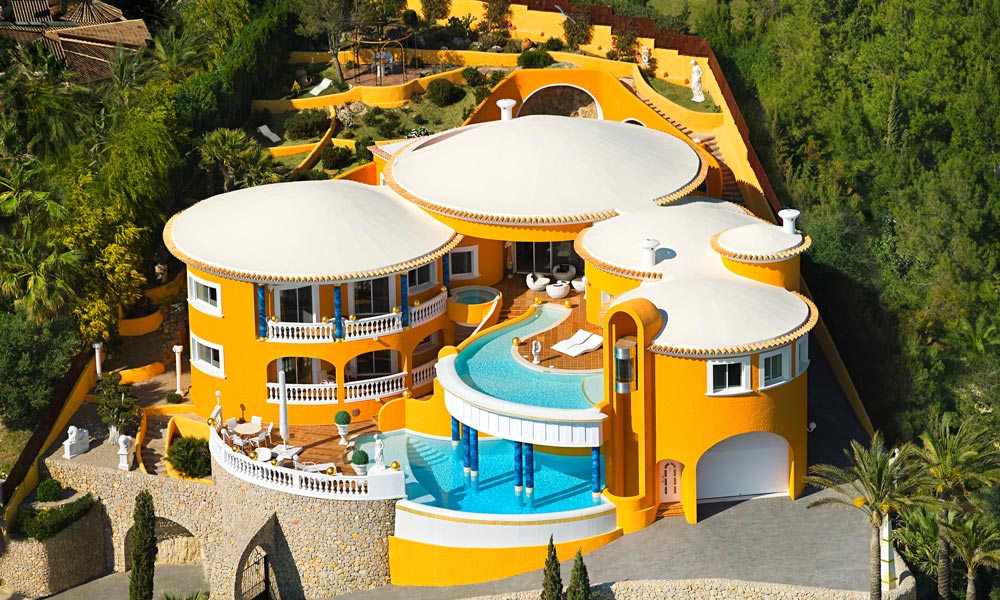 Recent media reports and official statistics indicate the recovery of the Spanish economy following the country’s prolonged recession during 2008-2013. The Economist points to sustained economic growth over the past two years, supported by a decline in unemployment and steady improvement in the country’s banking sector.

According to the latest data provided by the National Statistical Institute (Instituto Nacional de Estadística – INE), Spain’s GDP rose at a quarterly rate of 0.8% in Q3 of 2015. GDP Year-over-Year (YoY) growth in Q3 stood at 3.4%, compared with growth of 3.2% registered in the previous quarter. The Bank of Spain forecasts that the economy will remain in an expansionary phase through 2016, with average GDP growth projected to reach 3.1% this year and 2.7% in 2017. These figures would make Spain one of the best-performing economies in Europe.

These positive signs of recovery are mirrored by a strengthening property sector. The Spanish housing market is starting to pick up, and the country is now seeing a new surge in activity across the sector. The recent increase in residential investment is expected to continue over the forecast period, resulting in average annual growth rates of 4.2% and 6.6% in 2015 and 2016, respectively.

Against this backdrop, the international investment community is demonstrating increased confidence in the market. Investors are starting to return to the fold and looking to put their money back into the country, and into the commercial and residential property in particular.

In this post, we will look at the 5 most important reasons why you should consider investing in Spain’s property sector.

1. Large Numbers of Tourists Prefer to Stay in Rental Homes

Spain welcomes a huge number of tourists to its shores every year. It was the third most visited country in the world in 2014 with 65 million visitors, surpassed only by France and the US. That’s 5 million more visitors than in 2013.

Second home owners in Spanish tourist hotspots should have little difficulty in attracting guests. According to ESADE report, a hefty 14% of holidaymakers in Spain stayed in privately rented homes in 2014, spending a total of more than €2.6 billion during their stay. Furthermore, it’s encouraging to note that 9 in 10 people who stayed in holiday homes in 2014 said they use this form of accommodation whenever they travel in Spain. The vast majority of these individuals (79%) traveled from other countries.

Mallorca was found to be the most popular location in Spain for holiday rentals, followed by Barcelona, Madrid, and Granada. Last year, 3.7 million tourists stayed in this type of accommodation in these six regions alone.

A spokesperson at ESADE commented: ”We were able to confirm, for the first time in Spain, that holiday rentals are at the forefront of today’s great global trend of collaborative consumption.”

Official data shows this to be a growing tendency. Indeed, the INE reports that overnight stays increased by 4.4% during the first ten months of 2015, compared with the same period of the previous year. Stays in non-hotel accommodation across the country rose by 7.9 million in October 2015 alone, an increase of 12.3% over the same month of 2014.

These figures illustrate just how important the Spanish holiday rental market has become.

Many experts share the opinion that the Spanish property market currently offers the greatest value in terms of return on investment (ROI). Very few other markets in Europe are currently offering a higher ROI than Spain.

A study conducted by Schofields reports that Spain is the best place to invest in a holiday property, due to the country’s robust tourist industry and high rental yields. The study analysed the most popular locations in the world for buying a holiday home – Spain, France, the United States, China, and Italy.

The research found that Catalonia is the best place to purchase a property in terms of potential profit, with the region’s average 18.59% ROI the highest of any location in the study. The only destinations that came close were Orlando in the USA and France’ Provence region. A number of other popular Spanish destinations in 2013 also fared well: the Balearic Islands offered a potential ROI of 10.22%; Andalusia had a 7.82% ROI; and the Canary Islands an ROI of 7.72%. Interestingly, The Telegraph (in its ranking of the world’s 20 best locations for property investment as of January 2014) also rated Spain highly, with Barcelona and Marbella coming in 1st and 12th place, respectively. The report also noted that opportunities in Catalonia’s capital are more attractive than ever; Asian investors, in particular, are increasingly seeing the city as an extremely profitable and secure commercial and residential housing investment.

In this sense, a holiday home can prove a great option for those looking to invest in property. Besides providing a solid rental income, this type of investment also means owners have a second home to use for regular vacations.

3. A Growing Market with YoY Growth of Property Sales at 17%-plus

Various official data highlight growth in property purchases in the last few years, which, to a greater extent, has been driven by a steady rise in existing home sales.

According to the INE, the number of residential housing transactions increased by 17% in June 2015 compared with the same month of the previous year, to reach a total of 30,578 dwellings. This represented the tenth consecutive month in which annual rises were seen.

Similarly, information provided by the Colegio de Registradores (Registry Association) states that 92,786 sales were registered between January and March 2015, which represents a 16.62% increase compared with the third quarter of 2014.

The highest number of transactions was recorded in Andalusia (20.13% of the total), indicating that the region is currently the preferred market for buying property in Spain. Other high performing regions included Catalonia (15.64% of the total); Valencia (15.14% of the total); and Madrid (14.15% of the total) (source: Registradores).

According to experts, much of this growth can be attributed to high demand from residents of other countries: of the properties acquired in Q3 2015, 13.52% were made by overseas buyers, surpassing the 12.82% share registered in Q2.

International buyers specifically target the high end of the market, generating a significant increase in sales within this segment. This trend suggests that investors are looking for villas and penthouses rather than opting for regular apartments. Luxury and holiday estates are clearly a priority when it comes to Spanish property investments.

According to global real estate advisor Knight Frank, luxury property prices in Madrid grew by 4.9% between March 2014 and March 2015, placing the Spanish capital 15th in its ranking of world cities, and second (after Dublin) among European cities.

The Balearic Islands, in particular, are attracting more and more overseas buyers each year: non-residents generated 32.63% of total property sales in 2014 and 41% in 2015. They were followed by the Canary Islands: 31.38% of all homes purchased in Tenerife were bought by non-residents, and 23.81% of those in Las Palmas. Below is a split by autonomous communities. These include non-coastal provinces where purchases by foreign buyers make up less than 5% of the entire volume.

One of the key factors driving Spanish home sales is easier, cheaper mortgage credit. Indeed, recent growth in mortgage lending serves as a further indication of the property market’s recovery. The number of approvals grew by approximately 21.3% in July 2015 over the year before, and by 50.8% in July 2013.

According to the INE, as of Q3 2015 Spanish property prices were still 30% lower with regard to 2007. Prices for second-hand homes were down by 38% while newly built houses were 20% lower.

Nevertheless, property prices are visibly recovering: the Spanish house price index was up by 4.5% YoY in Q3 2015. Mallorca and Ibiza led the positive trend, reporting a 9.0% annual growth in prices for newly built housing and 8.5% for second-hand homes.

International buyers make up a significant portion of property purchasers in the Balearic Islands and their influence is growing, rising from 32.63% of the overall market (2014) to 41% (preliminary data for 2015). This data, combined with our Spanish home sales & price growth analysis, provide evidence of a correlation between the housing market’s recovery and recent growth in the number of overseas sales transactions. Significantly, both sales and price growth is positive in provinces that have a high percentage of buyers from other countries.

Among the main attractions for property investors in Spain is undoubtedly the exceptional beauty of the natural landscape as well as the country’s high quality of life. With many regions enjoying over 300 days of the sunshine per year, it has the best Mediterranean climate in Europe. Residents in coastal regions and provinces such as Alicante, the Costa del Sol, Castellón, Valencia, the Balearic Islands, Almería, and Murcia, enjoy sun, sea and fabulous beaches all year round. While Spain’s northern regions have a more traditional, temperate climate, the winters are still fairly mild.

Sunny year-round weather, not to mention the delicious food, the outdoor lifestyle, natural beauty, mountains, and beaches are just some of many reasons Northern Europeans and other international second home buyers find this country so appealing.

It’s no wonder that Spanish life expectancy is the 5th highest in Europe and 7th in the world. As we know, taking moderate amounts of sunshine helps longevity, while experts have been talking about the benefits of the Mediterranean diet for many years. Despite the country’s recent economic problems, Spain’s government is working well to sustain a high standard of public health. Health-related services are world class and extremely affordable.

What’s more, Spain is also among the least expensive countries in Western Europe in terms of its cost of living. It’s possible to own home and enjoy a very high standard of living for very little.

It’s easy to see how, in Spain, you can easily live a healthy, sunny, and stress-free life for a fraction of the cost of many other European countries.

The popularity of the Spanish tourism sector, coupled with the low cost of quality homes, makes Spain one of the world’s most attractive markets for property investment. This beautiful country is now the leading choice for many people looking to invest in a holiday rental, or hoping to buy their own home. This has left investors and analysts extremely bullish regarding the immediate future of the Spanish property market; most fully expect the market’s recovery to continue long into 2016.

GET FREE ACCESS
Home / Property Market Insights / 5 Facts: Why You Should Invest in Spanish Property Now